This is personal for us. We know the difference between right and wrong and have based our entire careers on reminding others of that distinction.

OUT OF 46+ GOOGLE REVIEWS

So thankful for Miracle Mile Law Group as they were professional and efficient. They kept me in the loop from start to finish and even gave me updates without me even asking for one. I loved that. Highly recommended.

Justin Hanassab’s law firm is a family affair for us, as I have recommended Miracle Mile Law Group to my family. These days you’re hard pressed to find a lawyer who genuinely cares and has amazing relationships with his clients, but Justin goes out of his way to get to know his. Really happy with them! 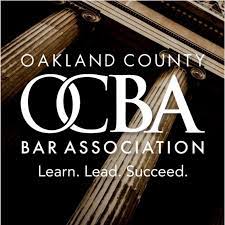 San Francisco is one of the country’s most attractive locations. If you have the work skills, experience, and ingenuity; you should be able to find work in this great city. It’s one thing to lose out on being hired because another job applicant is more qualified. It’s another to be denied a job, an advancement, or to be fired because of your personal identity characteristics instead of your qualifications.

At Miracle Mile Law Group, our San Francisco employment lawyers have helped many workers assert their employment rights in federal and state courts. We have a strong record of success filing claims to ensure workers are considered based on their merit. We hold employers financially responsible for adversely affecting a worker’s ability to work or firing a worker based on their race, gender, advanced age, disability, and other identity factors.

We seek compensation for your lost income and employee benefits. In addition, we seek statutory damages and legal fees when employers violate your right. We demand that employees be reinstated if they were discharged improperly.

At Miracle Mile Law Group, we advocate for employees who are discriminated against based on their:

What federal and state laws can help me obtain justice for employment discrimination?

At Miracle Mile Law Group, we assert your employment rights based on the following laws, among others:

The Civil Rights Act of 1964 has specific requirements, remedies, and exceptions that our San Francisco workplace discrimination lawyers understand.

Exceptions to the law include differential pay based on a merit system, seniority, non-sex-based factors, and pay based on the quality or quantity of production.

What damages am I entitled to in San Francisco when employment discrimination occurs?

Our San Francisco employment discrimination attorneys demand that employers pay or provide the following when you have suffered workplace discrimination:

We also demand that San Francisco employers who discriminate create policies to ensure future discrimination does not occur and any new complaints of discrimination are fairly reviewed.

You deserve to be treated fairly by your San Francisco employer. Finding a job and keeping a job are difficult enough without an employer judging you on your appearance or background.

At Miracle Law Group, we understand the legal, business, practical, and personal issue involved with employment discrimination. To assert your San Francisco workplace discrimination rights, call us at (888) 244-0706 or contact us for a FREE case evaluation.